The Fourth Factor of Production — Giving Data its Due

Since Adam Smith, we have understood three core factors of production:

There are others that have competed to be the 4th. Channeling Peter Druker, some have argued for “management” — those that direct resources. Channeling Joseph Schumpeter, others have argued for “entrepreneurs” — those who combine resources in new and innovative ways. Others still have put forth further candidates for consideration. But on the whole, Adam Smith has been remarkably durable for more than two centuries. When asked for the factors of production, most of us will invariably and reflexively respond with land, labour, and capital.

But if Adam Smith were to return today and look at some of the most valuable and dynamic corporations of our era — the Digital Giants of Google, Facebook, Netflix, Twitter, Spotify, Amazon, and others — he would scratch his head a bit. In fact, he would scratch his head a lot. Yes, he would see some land. Yes, he would see some labour. But nowhere near enough to justify the heady heights — and incredible influence and power — of the Digital Giants. Yes, he would also see some capital. But remarkably, that capital would largely be a by-product of “production”, and not, on the whole, a driver of production.

But the contemporary Adam Smith would see negligible amounts of people and land in today’s largest companies. Certainly nothing that would in any way convey their value, status, or their power. And these companies, perhaps most surprisingly of all, “consume” relatively little capital.

What is going on?

But fundamentally, what is going on is the fourth factor of production.

Data is now the differentiator. Data is now the key value-add. As computers, software, micro-processing power, storage, cloud computing, and algorithms all become — or all trend towards — commodity status, it is the quantity and quality of data that will differentiate the successful from the mediocre. To avoid becoming a commodity — and you never want to be a commodity, because that means that you can only add value by cutting your prices — you need better and more data than the entity beside you.

Computing, computation, communication, software, digital distribution — all are, or are rapidly becoming — commodities. Algorithms still have differentiating value, but as advances in artificial intelligence continue, these too will also invariably trend to commodity status. What will really add value increasingly in production over time, again, is the quality and quantity of data.

What does all this have to do with public administration? A great deal

When you lack real-time actionable data, you estimate. You approximate. You guess. That worked for a world when real time actionable data either did not exist, or was enormously expensive to actualize. But that is not today’s world. Today’s world is an ocean of data. The globe and its inhabitants have become a massive data-spewing machine. And every day the data machine gets bigger.

Everything you do in the digital world gives off data. And as you migrate more and more of your life onto the digital realm, you are giving off more and more data. As your watch announces the rate of your beating heart. As you listen to a another song on Spotify. As you watch another movie on Netflix. As you order another package from Amazon. As you quench another curiosity on Google. Your digital self is an endless stream of data. And your digital self is yet still barely a toddler compared to the data your digital adolescent and your digital adult will be spewing out in the years ahead.

The factors of production are changing. If data is not the fourth factor of production already, it does not seem long before that day becomes clear to us.

Time is not our friend on these questions.

· The Role of Data in Digital Government (DDN301) 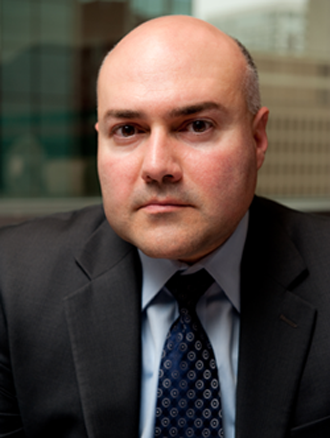 Develop some shared understanding as to what "a digital government" means and the leadership that is required to enable it in the Public Service.