In this episode, we’re experimenting. I’ve drawn from a fun, in-depth interview with folks from the API Store team and Transport Canada and distilled what I think are the most interesting, relevant, applicable parts. I laid the parts out Q & A style and edited the quotes to improve flow and readability. The podcast is available via Soundcloud at the end of the episode.

APIs are one of those things I didn’t realize I was interacting with regularly. When the GC leverages APIs, we’re channeling several GC Digital Standards: working in the open by default, being good data stewards, addressing security and privacy risks, and collaborating widely. You don’t need to be working in an IT shop to use or recommend APIs for your work.

What is an API?

An application programming interface (API) is a way to trade data between IT systems without compromising the security of those systems. APIs can be published by one provider and used by others.

Ainsley: Personally, I like the illustration of the restaurant. You're going to a restaurant and you want to order something. The waiter is your API. He goes to the backdoor to the chef, and the chef brings back the result, which is your meal.

What are real-world API examples?

Ainsley: A lot of departments have APIs, but it's also [about] making them publicly available. So for Transport Canada, we developed an Alexa skill. A skill is basically just an enhancement of Alexa’s ability, her knowledge. We specifically used an API to enhance her skill.

The Treasury Board Secretariat (TBS), in the beginning, was actually looking for publicly available data. One [source] was the vehicle recalls [database], which is hosted by Transport Canada.

So we developed a skill using this API. Now you can look up vehicle recalls using your Alexa at home. [The public] can actually just tell Alexa, “Search for vehicle recalls.” She'll interpret it and say, “Hey, there's this skill. Would you like to download it?”

Mohamed: As a user, when you go to Expedia, you just input certain criteria: I want to fly inbound or outbound this day, and come back on that day; I want to spend three nights in the hotel. Expedia will then trigger calls to the different systems that are remote somewhere in the world.

When these calls happen, the system […] is just a contract. If you give me this input, I will retrieve [the data] and send you back the output. So they’re retrieved by Expedia and they’re sorted based on the criteria. Expedia itself doesn’t store data. They just get it live, and sort it, and give it to the user.

What is the API Store?

Laura: The API Store is somewhere to find and publish APIs, share APIs, and really get the message out there that this exists. Let's see how we can collaborate together.

The API Store is the eHarmony of APIs.

Say I want to consume a service. You have certain criteria, the exact same way that eHarmony would work. Once you click on that service, you want to consume the data. The API Store connects you to the owner of that service. If the owner approves your use, suddenly there's this connection that happens between your API, the publisher, and the one who's using that API through the store.

Are APIs safe, from a data security perspective?

Laura: APIs facilitate digital information exchanges between systems and organizations in an easy and secure manner. Only the information that is chosen to be exposed by the API provider is accessible through the API—securing the integrity of their own systems.

What’s the benefit to Canadians?

In conducting this interview, I realized APIs are a key ingredient in the GC’s “Tell Us Once” approach. Canadians don’t want to be providing the same information to 10 different government websites. APIs allow systems and data to feed into one another and reduce work duplication. We needn’t start from nothing: instead, we can build on the work of our colleagues.

What could it look like if the Government of Canada harnessed the power of APIs?

Mohamed: Cost savings, that's the first thing. Everyone is thinking, I need to build this little component that will, for example, parse my address to write it in a good, elegant way. If I knew you had this API, I wouldn't build it. I'm just going to use yours.

As one department, you already can save. Expand this to the government level, it's going to be multiple millions of dollars of saving, if not more—and time shrinking in delivery. Because now instead of building, you're assembling as much as possible.

From the user perspective, we are offering services that are available to deliver data or process data in a certain way. We let Canadians and Canadian companies build the best services, so we’re kind of allowing people to compete.

What obstacles have you had to overcome?

Ainsley: Is it really solving a problem? That was the hard part in terms of knowing what’s the actual benefit to Canadians.

When we get deeper and deeper into it, we see that vehicle recalls are provided by the manufacturers to citizens, but there is a delay. If you visit the [Transport Canada] website, or if you use the voice assistant, the voice assistant [we trained] is actually a quicker way to retrieve a recall. Getting this information quicker is a benefit to citizens.

Laura: We did get a little bit of pushback on the fact that people had to register for the service when they first came in. But the registration allows that control. We understand who our users are. It's not just an anonymous person out there. Some people are saying that it is public information, and they just want it out there. But information is a little bit sensitive for certain specific groups of people. We want to make sure it's being used in the right way. The controls are in place so that we can understand who our users are, who is using this and who is pushing that information out there. If there are issues, we know where to go. At the same time, we have now opened up communications with specific users [around] our data, where we can work together to make that data better in the future. Or we can change the way that data is packaged or put together so that it can help improve services as well.

How would you recommend pitching APIs to a Chief Information Officer (CIO) as a non-IT person?

Don: I'm not necessarily an IT person. I don't know how to call APIs or write an app. But I'm sure if you expose the data in a way that other people can use it, people will use it and do something useful with it.

I think it's important for non-IT people to learn about APIs, just to know when to demand them. I mean, if you're sitting in a meeting and talking about a new version of your enterprise system coming out, it doesn't take much to say, “Oh, do you have APIs?” - Don

Laura: From a non-IT perspective [the question] is, What information or valuable data assets do I own or have that I'm sharing with others? Is there a better way to share this, and is that better way through an API?

I think if they should question themselves sending Excel spreadsheets that are just getting to one person, but they’re trying to get this information out to multiple people or multiple departments. That's where they can say, “Maybe this API thing can help me get that message out faster and quicker. It can be an easier way that can free me up to do other things.”

How would you recommend pitching APIs to a CIO as an IT person?

Mohamed: There is a directive on APIs issued by TBS, which now forces or empowers the departments to build microservices and APIs into their software.

Laura: It's trying to have the programmers and the service delivery agents understand that there's potential here if you understand this API thing—that you can really change your business processes, you can really extend reach for your services. Like I said before, you still keep control of that information in the data. You're just doing things in a smarter, more digital way.

We would be happy to schedule an information session about the benefits of APIs and the API Store with your CIO and management teams. They should contact us at the API Store or through the Support page on the site. We’ll be happy to work with them to get them on board at the Store!

How can Canadians get more involved?

Laura: By recommending the type of data or information (in real time) they would like to get from the GC (through the Support page). Those using the APIs that are offered can also make suggestions on how they can be improved.

Not to give away my generational identity, but those who remember Field of Dreams starring Kevin Costner will recall this famous line: “If you build it, they will come.”

Given our discussion, I think this might be more apt: “If you share it, they will build.” 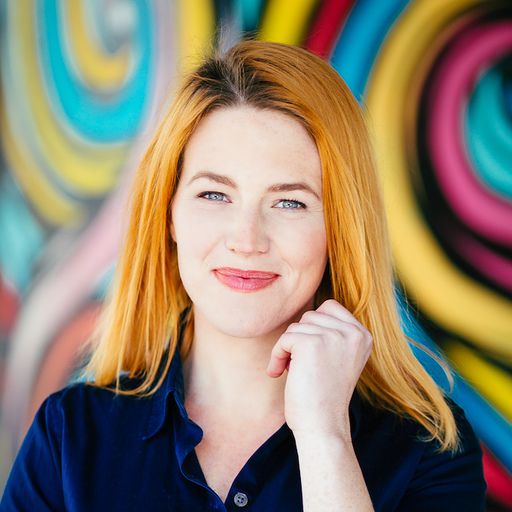