In the Government of Canada, lack of data isn’t a problem. In fact, it’s the opposite: there’s often too much information available from too many different sources to make a clear decision.

In this episode, you'll learn:

In  2018,  the Government of Canada published A Data Strategy Roadmap for the Federal Public Service as a guide to help departments think about how they could unlock the value of their data and move towards a data-driven business model.

The volume of data that governments, businesses and Canadians produce is growing exponentially, animated by digital technologies. Organizations are changing their business models, building new expertise and devising new ways of managing and unlocking the value of their data. Governments need to evolve rapidly to keep up. - A Data Strategy Roadmap for the Federal Public Service

We know departments are grappling with similar issues in their attempt to drive value from their data; getting to the end state is daunting. Part of that evolution has been the introduction of the Chief Data Officer (CDO) role.

In 2016, Sandy Kyriakatos was the first-ever CDO in the federal public service. She told us all about it. Listen to the full podcast below (<30 minutes) to learn what keeps a CDO up at night, the difference between a Chief Data Officer and Chief Digital Officer, and how Sandy learned to speak “governese.” Spoiler alert—Sandy’s number one piece of advice for every public servant is:

Figure out how data can help you do your job better.

Netflix is a great example of a data-driven organization. The company harnesses data to influence decisions on the consumer side (what show should I watch next?) and the business side (what shows should we invest in?).

Now imagine that in the government context—data influencing Canadians’ decisions (what benefits should I apply for?) as well as internal strategy decisions (what social programs should we invest in?). To be data-driven, an organization needs high-quality data, broad access, data literacy, and appropriate decision-making processes.

Use of the word data has increased tremendously over the last decade. People, businesses, and governments use it without knowing exactly what it is.

Data is facts that can be analyzed to generate insights.

For some, data is simply what comes with your monthly cell phone plan. However, data comes in many forms such as text, numbers, audio, video, image, code, software and instrument. A typical way to define data is to make a distinction between qualitative and quantitative data.

Qualitative data includes descriptive statements that can be made about a subject based on observations, interviews, or evaluations. Movie reviews and real estate listings are two examples. Photographs, videos, and sound recordings can also be considered qualitative data.

Structured data is highly organized and easily analyzed. When you think of structured data, think of things that would sit nicely in a spreadsheet. Examples include:

Unstructured data is just the opposite. It’s raw, unorganized information that may have its own internal structure, but does not conform neatly into a spreadsheet or database. It is usually text heavy and more subjective, such as responses to open questions, which are potentially all different and difficult to categorize.

Examples of unstructured data include:

These examples are largely human-generated, but machine-generated data can also be unstructured. Satellite images, scientific data, surveillance images and video, and weather sensor data are all good examples.

Data analysis is the process of evaluating data using analytical and statistical tools to discover useful information. There are numerous ways of doing this including data mining, text analytics, business intelligence, and data visualization.

Now that you know what data is, how can you use it to make better decisions?

In the Government of Canada today, lack of data isn’t a problem. With so much data to sort through, you need to be able to:

Here are 5 steps to help you use data to make better decisions.

When analyzing your organizational or business data, begin with the right questions; they should be measurable, clear, and concise.

Start with a clearly defined problem: for example, a government call centre is experiencing high call volumes, and clients are frustrated. A good question to ask would be, can the call centre reorganize the workflow to decrease wait times?

a) Decide what to measure

Using the example above, consider the kind of information you would need: call volumes, types of client inquiries, wait times, number of staff, and percentage of time spent on necessary business functions. In answering the question, you will likely need to answer many sub-questions. Are staff currently underutilized or overutilized? What process improvements would help? Incorporate stakeholders concerns; for example, if staff are reorganized, how would the call centre respond to surges in demand?

b) Decide how to measure

Considering how to measure your results is important because the method will either support your analysis or discredit it later on. For example, if you collect annual data but need daily data to validate your hypothesis, the data won’t be helpful. Key questions to ask for this step include:

You’re not alone! More departments are onboarding Chief Data Officers to help with this work on a grander scale:

The Chief Data Office is the part of the organization responsible for managing data as well as getting value out of the organization’s data assets—whether it’s data management, data governance or data analytics, raising data literacy [...] is about taking care of our data so that we can do the best we can for our clients - Sandy Kyriakatos

After you’ve collected the right data to answer your question from Step 1, it’s time to look at it closely.

You don't know what data's gonna tell you until you get your hands dirty with it. - Sandy Kyriakatos

Begin by manipulating your data in a number of different ways, such as plotting it out and finding correlations, or create a pivot table in Excel. A pivot table lets you sort and filter data by different variables as well as calculate the mean, maximum, minimum, and standard deviation.

As you manipulate the data, you may find you have the exact data you need; but more likely you might need to revise your original question, or collect more data. Either way, as you explore, continue to go back to your original business question to keep your analysis on track.

During this step, data analysis tools and software are extremely helpful. SAS is one paid option that’s already in use in some departments, while R and Python are free for advanced statistical data analysis. Kaggle is free and doesn’t require downloading.

A lot can be done by leveraging Excel. If you need a review or a primer on all the functions of Excel, check out this YouTube video: Microsoft Excel 2019 Tutorial for Beginners – How to Use Excel. If you require advanced tools, and IT rejects your ask, probe to find out why. A helpful statement to use, courtesy of Abe Greenspoon, is

Show me the rule.

Without context, data is just numbers and letters. The same data can mean different things depending on the business context.

As you finalize your analysis, ask yourself these questions:

Present your findings to the relevant people in your organization. If your interpretation of the data holds up after additional questions and considerations, you have likely come up with a viable solution.

Back in the day, advertising executives would pitch clients a concept based on personal experience, intuition, gut instincts, and a little market research. We challenge you to find an agency that works that way today. Feelings aren’t enough; data analysis enables thoughtful decision making.

We have to use data. We have to get value out of it. We have to do the best     we can do with it for our citizens with the data we have, but we have to protect people’s privacy. We have to make sure we do it in a way that doesn’t risk people’s personal information. - Sandy Kyriakatos 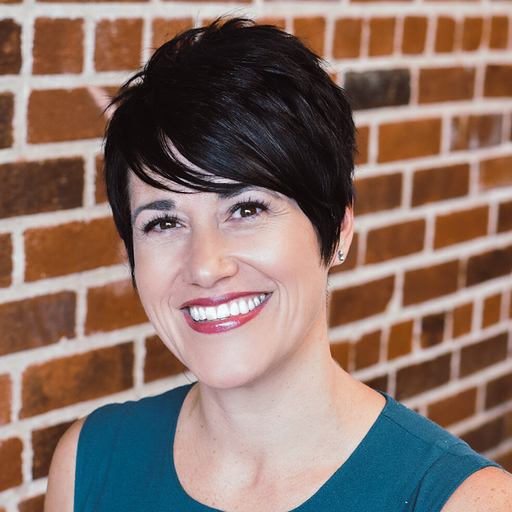 Along with Rebecca Nava